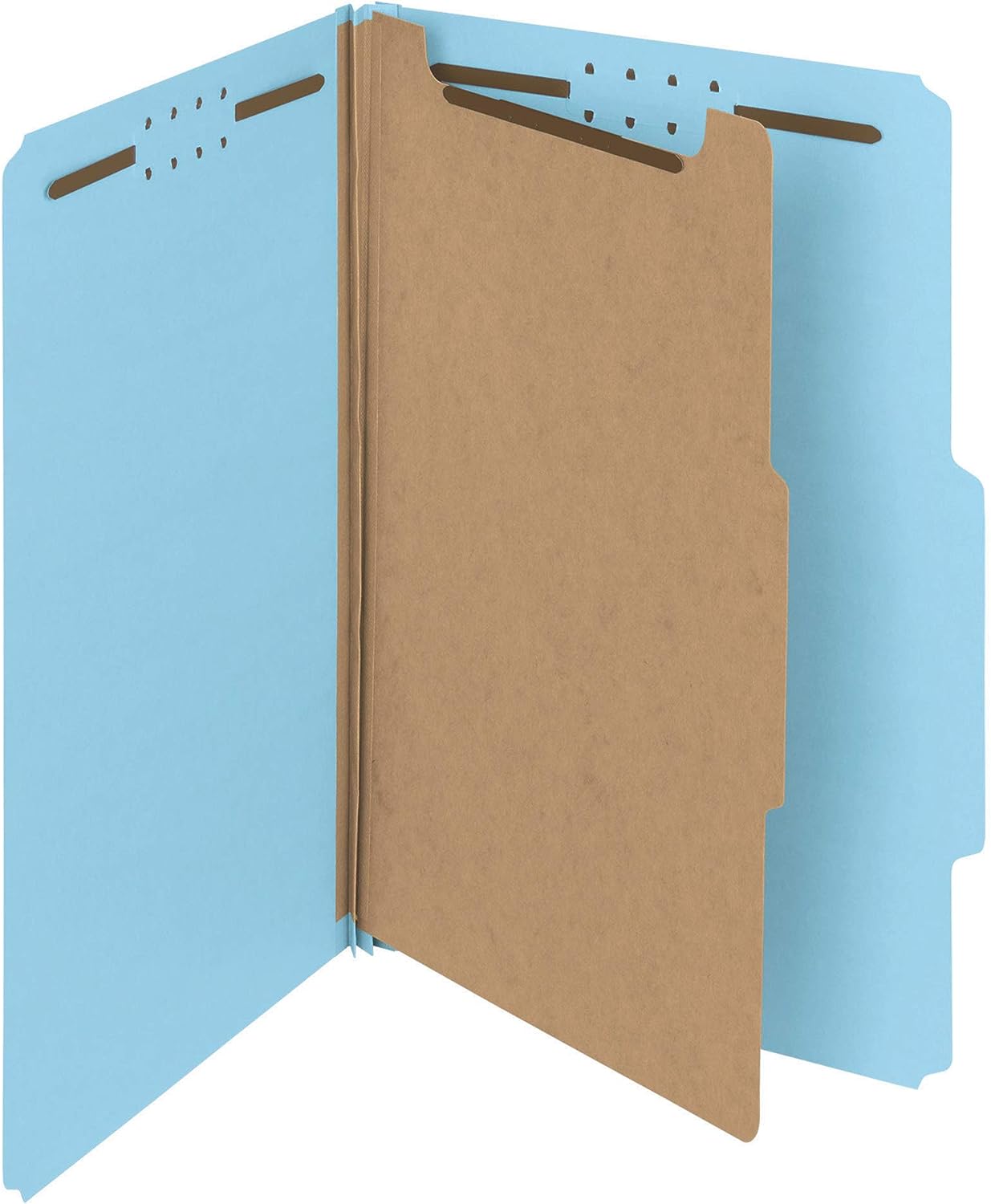 Minimize the time you spend searching for documents and increase the efficiency of your filing system. Smead's 100% Recycled Pressboard Classification File Folders enable you to organize your critical information by providing up to 8 different filing surfaces that can be used to separate your documents in subcategories and keep them in proper sequence. Ideal for offices looking to become more sustainable, these classification file folders are heavy duty enough to make excellent project files while helping to divert waste materials from landfills. Each legal size file folder in this 10-pack includes 1 sturdy divider and K style metal fasteners on all 4 filing surfaces to ensure you have instant access to your important documents and nothing gets misplaced even when multiple people are handling the folder. Perfect for using with drawer filing systems, our top tab 100% Recycled Pressboard Classification File Folders feature a 2" expansion for greater storage capacity and a 2/5-cut tab in right of center position, compatible with our Viewables Multipurpose Labels (64915 - sold separately). â¢ A Rich Heritage of Innovation and Quality. A world-leading provider of solutions for efficient document management, Smead is a woman-owned company well-known for its high quality, environmentally responsible products and innovative organizational systems. For more than a century, Smead has been committed to one purpose: Keeping You Organized!

A Rich Heritage of Innovation and Quality

Smead is a woman-owned company well-known for its high quality, environmentally responsible products and innovative organizational systems. For more than a century, Smead has been committed to one purpose: Keeping You Organized!

Go to the head of the organizational class with Smead's 100% Recycled Pressboard Classification File Folders. These heavy-duty classification folders make it easy to organize your critical information by providing 4 different filing surfaces that can be used to separate your documents in subcategories and keep them in proper sequence.

At Smead, keeping the world organized also means keeping it sustainable. Smead's 100% Recycled Pressboard Classification File Folders are ideal for the environmentally conscious office and make it easy to be green AND organized at the same time.

Create a File within a File for Maximum Organization!